Clark's last 3 games she has scored 44, 30, and 31. However, she is shooting less than 25% from 3 on the season and has attempted more than twice as many an anyone else on the team with 109 on the season. In their 4 losses, she was 7 of 40 if I counted correctly. So it looks like she is willing to take plenty of them and doesn't connect on a high percentage. I wonder if we back up off her to try to keep her out of the lane and dare her to beat us from deep. She averages 7 assists a game and 7 free throw attempts a game where she averages 90% so I think she's far more likely to beat us with her driving and her passing than her outside shooting. That's how I'd play it anyway. We'll see what we try against her.

Also of note, they've lost their last 4 games coming off of a win. They won their last game. By that pattern, they are due for a loss.
Reactions: BoilerGal74 and Russ Ford

Some of these calls have me scratching my head…
Reactions: Russ Ford and JeffBoiler

Boilers didn’t look comfortable tonight. They had some stretches of good play but just couldn’t stop that one gal who seemed to score at will in the paint.
lots of foul trouble. A bit of a reality check maybe, but I think they’ll have better games ahead. There’s too much character and belief on this team for this game (loss) to derail them.
Bummer to lose at Mackey by this margin - they had chances, shots didn't fall.

Need to gear up for Sunday - I don’t expect a win, but hope they play well and make IU earn it. Have to give Teri Moren her proper due - she’s classy ( of course! —She’s a Boilermaker.) 😊. And a heckuva coach.
Reactions: BoilerGal74 and FortWaynePurdueBoiler
J

Mackenzie Holmes didn't play tonight for Indiana, a knee injury. No word on how longs she'll be out but a big blow to a team with little to no depth.

jockos said:
Mackenzie Holmes didn't play tonight for Indiana, a knee injury. No word on how longs she'll be out but a big blow to a team with little to no depth.
Click to expand... 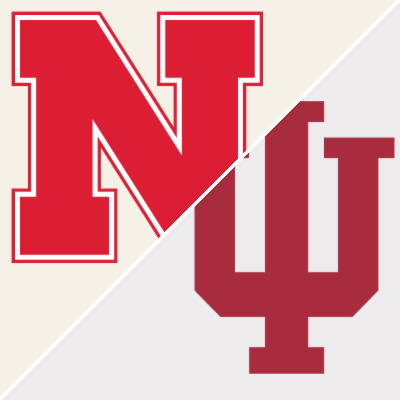 Get box score updates on the Nebraska Cornhuskers vs. Indiana Hoosiers basketball game.

I'm sorry. I missed the game on Thursday. Been feeling a little under the weather.

Looking at the box score, I'm seeing the following:

- 6/23 from 3. Hardin 1-8. Our offense is pretty dependent on us hitting that shot. Hard to beat good teams on a bad shooting night right now.

- Ava Learn got some run tonight with 11 minutes and looks like she was active. 4 points, 5 boards, a steal and a block.

- No Jayla Smith. Mike Carmin noted she was injured in a pre-game tweet. First I had heard of this. Hope it's not serious. I imagine that is part of the reason Learn got the opportunity.

- Still no Kyle. Guessing she won't be back for the IU game which would have been a big boost.

- Clark was 0-6 from deep but 14/16 from the free throw line and had 9 assists. In fact, Iowa as a team was 0-15. I need to go see if I can watch the game and see how we were guarding her. As I said pregame, I'd probably have her defender 5+ feet off of her when she was on the perimeter with the ball.

- Looks like Czinano scored at will as she was 12-14 from the field.

CKG's postgame press conference answered some of my questions. Got a good laugh out of her last comment.

I didn't see the game either. After I read the box score, I had this picture of Clark forcing her way to the basket and making the refs make a call over and over. Her being the star.....of course chances are she is going to get the big majority of those calls. Whether she deserved them or not.
Reactions: Larry77

I think Katie’s last quietly muttered comment “ I hope someday we are good enough to get those kind of calls” or words to that effect was funny but true. We were right there with them till last minute of First Half. The fouls were mounting up and affected our game in a big way. Early on our Women were fearless and think that kind of approach is going to leave us strong as we improve… Just so different a team than last year it is amazing.
Reactions: Gesysp
K

The team played hard, but with a cold shooting night and too many turnovers it wasn't to be. But, there is no question that Iowa was the much better team with superior talent.
I

Hope I am not being pollyanna, but even in a stiff loss like this, I like this team. They battle as hard as they can. Iowa is a better team as Indiana and a few others are. The fact that we were in the game that long is encouraging. Seems to be a pattern. OSU, MD and Iowa all competitive till some time in 4th q.
That Clark player--atttitude and all--is a truly great player. Let's face it too--we have no interior game vs stronger teams. Woltmann played hard but without Kyle too, no match for Iowa inside. That can change. Thankfully Iowa went 0-15 from three otherwise... Encouraged by Learn' play. Hope Smith isn't out long.
We still have a long way to go but I believe we are headed in the right direction. Still hoping for NIT minimally.
Reactions: JeffBoiler
You must log in or register to reply here.